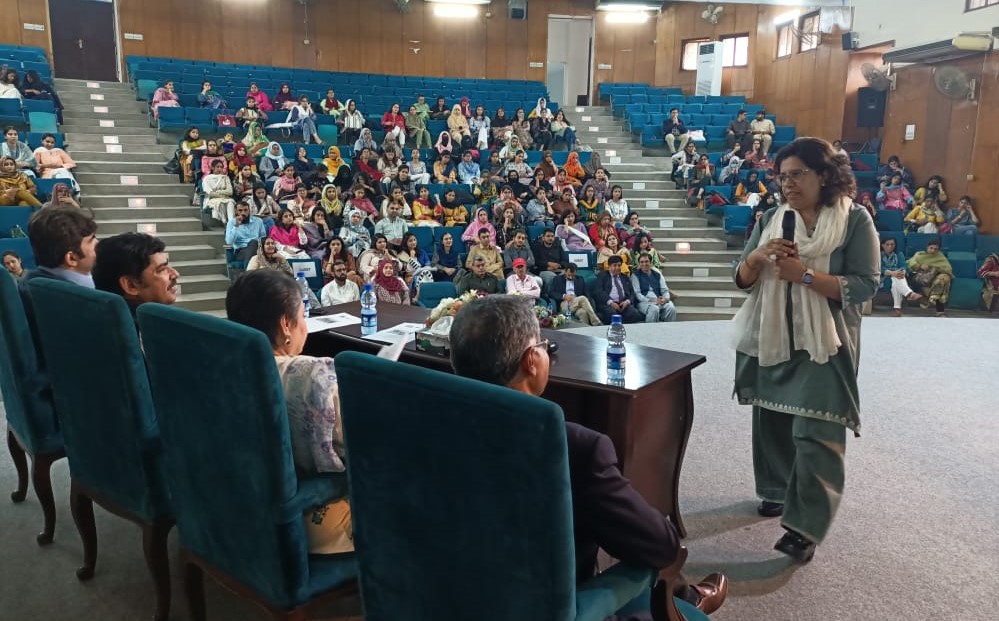 The University of Home Economics Lahore arranged a seminar on Knowledge Transfer through Images on Silk Road, Dr. Fatima Zahra, resource person from Cardiff Metropolitan University, UK was invited to deliver lecture on it. The seminar was arranged with the collaboration of British Council Pakistan, a partner on research project with UHE Lahore.

Dr. Fatima Zahra stated that the vast trade networks of the Silk Roads carried more than just merchandise and precious commodities. In fact, the constant movement and mixing of populations brought about the widespread transmission of knowledge, ideas, cultures and beliefs, which had a profound impact on the history and civilizations of the Eurasian peoples.

She said travelers along the Silk Roads were attracted not only by trade but also by the intellectual and cultural exchange taking place in cities along the Silk Roads, many of which developed into hubs of culture and learning, she added. Ehsan Bhutta emphasized that historical paintings highlight the ancient scientific and commercial trade rout of silk road, and students should learn from the past.

While addressing to the students, Prof. Dr. Kanwal Ameen said, the history of maritime routes can be traced back thousands of years, to links between the Arabian Peninsula, Mesopotamia and the Indus Valley Civilization. She said the early Middle Ages saw an expansion of this network, as sailors from the Arabian Peninsula forged new trading routes across the Arabian Sea and into the Indian Ocean. She directed to the students that they should learn about the glorious past of Muslim scholars, what they contributed in creation of new knowledge. The event was concluded with the vote of thanks by the Vice-Chancellor and distribution of shields to guests speakers. 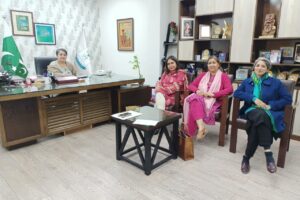 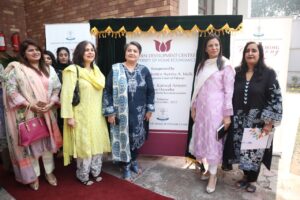 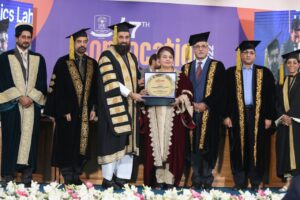 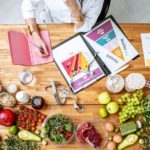 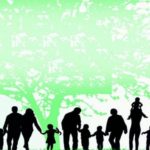 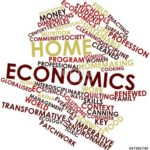